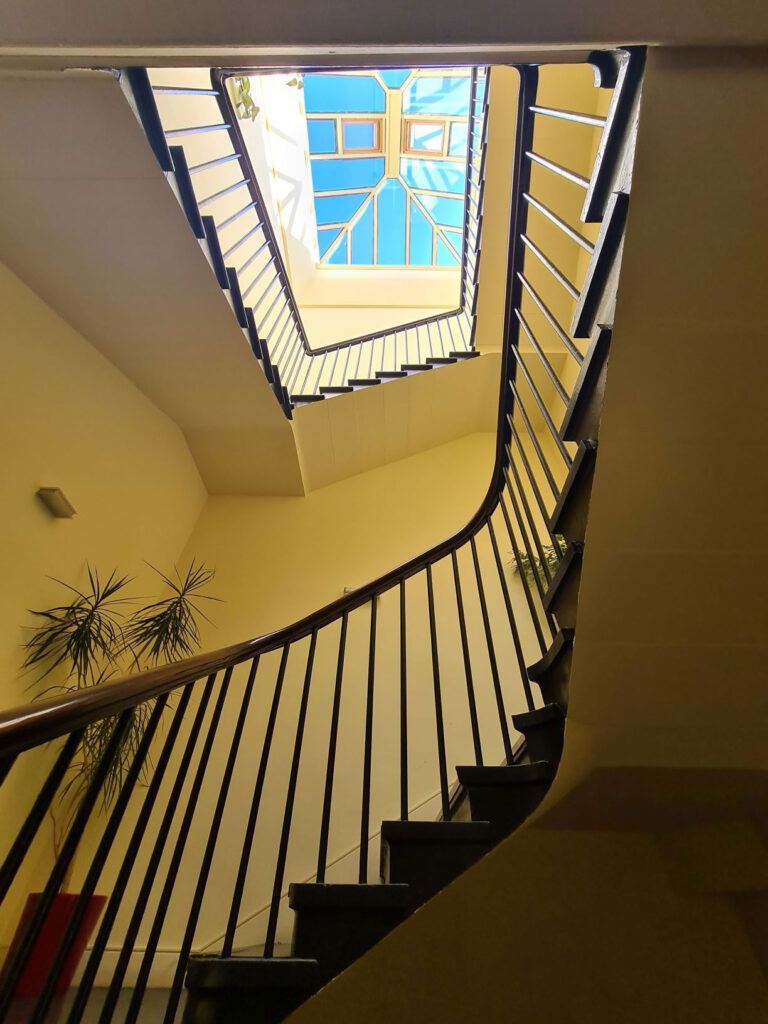 The Stair Card – who remembers these? 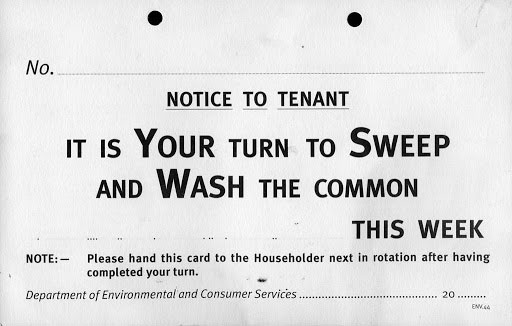 Back in the day, I lived in a new build flat bang in the centre of  the old town. It was a modern build surrounded by old school tenements, an old monastery, and the plethora of storied buildings you get living in that area of Edinburgh.

I was of the age that I had to do jobs around the house for pocket money, most of which I hated, but agreed to for an easy life. The usual stuff: washing dishes, tidying up, hoovering, taking the dog out.

One task though, I enjoyed. It was social, it was preserving family honour, got me out the house, got a sweat on (now called a HIIT work out), and would be appreciated by the neighbours.

I had the stair card; it was my turn to sweep and mop the stair. The previous neighbour had done their duty two weeks earlier, it was now my house up to bat. It was my chance to earn a Fiver!

However, it was no easy task. The area to be swept and mopped was pretty big. There was the main tiled atrium into the building which could have hosted a small rave, two sets of concrete stairs with huge chunky steps; one led to a large runway of tiles to the back door, the other the first-floor concrete landing.

Because we lived in a triplex flat with doors on ground and first floor, we had to do an extra floor. That was the deal, each neighbour had to sweep and mop the atrium down to the back passage, and their landing.

Time wise, it took me the best part of an hour and a half when starting out. Skills had to be learned, my families’ theories tested.

Timing was the first key aspect; it was nice chatting to the neighbours as they would come and go via the big front door during sweep mode, but the extra work of cleaning dirty foot prints on my drying floor added time to the task. As it turned out 11AM on a Saturday was the sweet spot.

The second was how much water to charge the mop with. The concrete steps and landing could take a good slap of water to get them clean and would dry quickly. The tiles on the other hand needed just enough to get the dirt off and leave them gleaming. Too much would take forever to dry and turn the tiles into an ice rink.

The key skill though was the technique of sweeping and mopping. The main atrium was huge, and the back passage was long and wide. Valuable time could be lost with the wrong game plan.

The best approach for both was to deal with the tiles around the perimeter of the wall first, then position yourself in the middle of the floor in a wrestler type stance, extend the broom or mop right out in front of you, then swish side-to-side in a wide arc whilst walking backwards.

From start to finish I got it down to 30 minutes from the original hour and half, and that included drying time. A feat that some of my neighbours appreciated so much they paid me to do it for them!

Once the floor was clean and dry, I’d close the front and back door, then deliver the stair card through the letter box of the next recipient. Simple and effective it kept the neighbours in the groove.

When I hear about some private cleaning companies slopping about dirty dark cold water, and charging way more than my fiver fee, it makes me wonder why we ever did away with the stair card!

leave your details below to get our free guide

This simple infographic guide will help you to change factor.